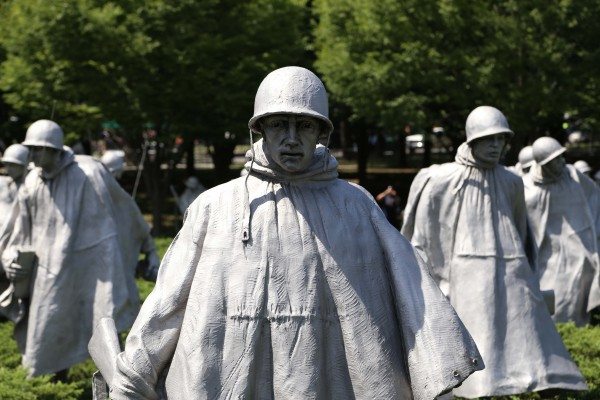 “The dream of America’s Founding Fathers not only gave birth to a great nation, unique in world history to that point. It also left substantial footprints throughout the world. It set out the ideal of universal human rights, freedoms, and responsibilities and made substantial sacrifices in pursuit of realizing that ideal. If America no longer takes the lead in this endeavor, who else will?”
-Dr, Hyun Jin Moon, Korean Dream: A Vision for a Unified Korea 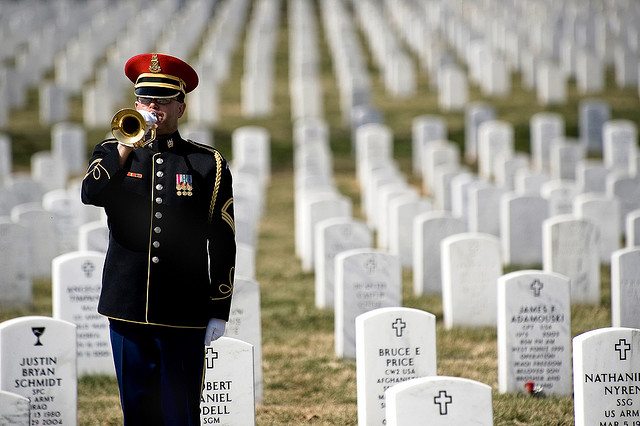 Nineteen steel statues face an invisible winter wind whipping their ponchos against their weapons and packs. They trek through fields of juniper bushes and granite slabs meant to emulate rice paddies. In the background what seems to be the snow-capped mountains, are actually 2400 faces of GI and support troops.

Etched on black granite at the entrance of the memorial are the words of President Harry S. Truman, “Our Debt to the heroic men and valiant women in the service of our country can never be repaid, they have earned our undying gratitude. America will never forget their sacrifices.”

It was a dark time for Korea as its people were torn by the ideological hegemonies of the Cold War. The United Nations forces made their first international intervention with the support of 22 nations including, 5.8 million Americans, of which more than 36,000 never came home.

It was the middle of winter when these men and women, driven only by the conviction that freedom was a cause worth dying for, stepped onto foreign soil to fight for the freedoms of brethren they’d never met.

Next to the memorial pool of the Korean War Memorial are four words, “Freedom is not free.” These words express the resolve that has motivated the men and women of the armed forces throughout U.S. History, who have fought to bring to life the principles articulated in the Declaration of Independence. 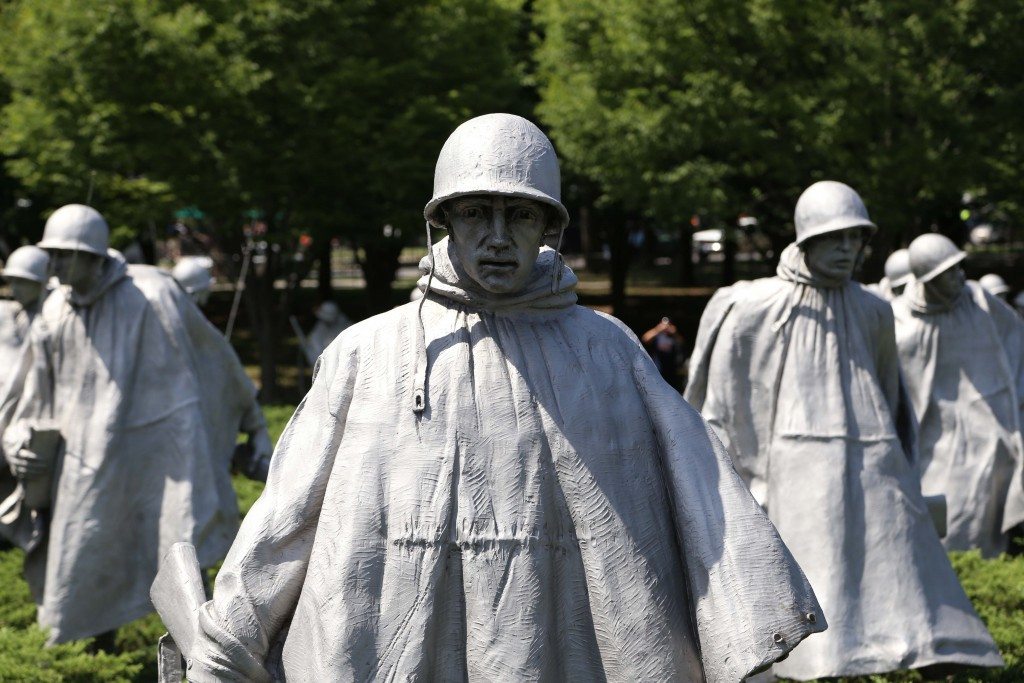 America’s sacrifice on far shores of lands and people unknown is memorialized, not only with the 19 statues and 2,400 faces at the Korean War Memorial, but in the countless monuments in Washington D.C, and the white tombstones that line the veterans cemeteries across the country.

They are testaments to the United States’ commitment, not only in words but in the blood and sweat of its best and brightest, to the promise of its founding documents, that “all men are created equal and endowed by our creator with certain inalienable rights.”

Each year, on Memorial Day, people across the United States visit these memorials to honor the lives of these men and women and the legacy they gave their lives for, a vision that all people can live in dignity as part of One Family Under God.