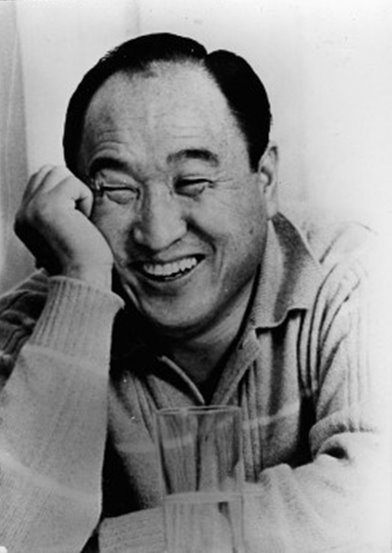 August 23, 2013 (July 17th by lunar calendar) marks the one year anniversary of Rev. Sun Myung Moon’s ascension. His son, Dr. Hyun Jin Moon issued the following statement honoring his father’s work and life, and pledging to continue carrying out the dream that motivated his father.

A year has gone by since my father’s ascension. With each passing day and in everything I do, I strive so that my father can be understood correctly, without the biases and misunderstanding that have surrounded his incredible and momentous life.

My father was a passionate, faithful man of conviction who was driven by a dream rooted in God’s Will and humanity’s unfulfilled quest to build a world of peace and co-prosperity.

He had three great loves that guided his life.

First, he loved God with all his heart. He had a deeply personal and special relationship with God that animated and motivated his life. He lived his life believing that God’s ultimate purpose of creation was to create a world where humankind could live as one family centered upon His divine love of “living for the sake of others.” This, my father believed, was the foundation of healthy, peace-loving and harmonious individuals, families, societies, nations and world.

My father recognized the importance of both men and women as representatives of two sides of a coin, whose unique and complementary natures were the fullest expression of humanity when brought together in the family. That is why the fundamental tenet of his teachings involved marriage and creating healthy, loving families that could raise filial children, patriots, saints and holy sons and daughters of God. This was the basis of his Blessing Movement that received international recognition for the mass wedding ceremonies that were held on every continent of the globe.

His work went beyond denominational and religious interests, spanning politics, business, NGOs, academia, cultural arts, sports and media. He always said that he was willing to sacrifice the Unification Church for the sake of world peace.

Second, he loved humanity with all its diversity and even flaws. He simply loved people, regardless of who they were, and genuinely enjoyed being and interacting with people. As his son, I was deeply impressed by his genuine affection for even those who persecuted and reviled him. This love of humankind was the source of his magnetic charisma. Whoever was around him, truly felt the love he had for them.

Third, he loved nature and all creation. It was in creation that he saw the invisible hand of God at work, designing all things to live in harmony, following the principle of living for the sake of others. For him, nature was his true place of worship, and his true school, where he gleaned the principles that govern creation. He believed that creation should be the inspiration for humanity’s harmonious co-existence and world peace.

The greatest inspiration I receive from my father is to love what he loved: to love God by being a humble and grateful son fulfilling His Will, to love humanity by recognizing that we are all part of one family under God; and to love creation as my true church and place of worship as well as my true school where I can glean the principles and values that can be the basis for a framework to build a peaceful ideal world.

Unfortunately, he was unable to see the dream of Korean unification and world peace come to fruition before his passing.

Therefore, I see it as my duty and honor, as his eldest living son, to properly set his legacy and fulfill the dream that animated and inspired his life. I hope his enduring spirit lives through me and my work, and proffers greater understanding and appreciation of his teaching, work and life.