Hajo: A Local Model of Interfaith in India 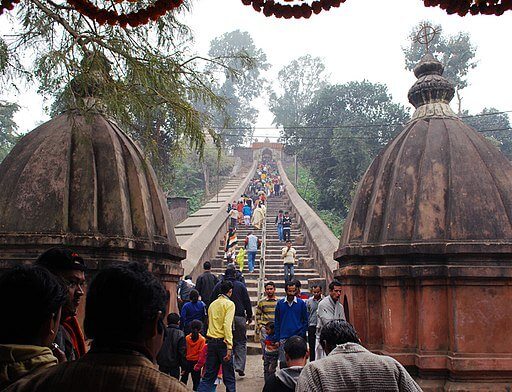 The following publication from Global Peace Foundation describes a model of interfaith peacebuilding in India through Hajo, a community of Hindus, Buddhists, and Muslims who are making an effort to build inter-religious harmony for the sake of peace and shared prosperity.

Whenever any incident of religious tension rises to the surface after simmering for a long time or violent mobs set fire to places of worship we wonder if there could ever be any peaceful solution to all this violence. On 6 December 1992, such an outrage of communal hatred took place in India when a political rally turned violent. A large crowd of Hindu Kar Sevaks (activists) demolished the Babri Mosque, a sacred place of worship for Muslims since it was built in the 16thcentury, in the city of Ayodhya, in Uttar Pradesh, India.

The destruction of the Babri Mosque, as well as the destruction of numerous others that day, sparked Muslim outrage around the country, provoking several months of inter-communal rioting in which Hindus and Muslims attacked one another, burning and looting homes, shops and places of worship.

The ensuing riots spread to cities like Mumbai, Surat, Ahmedabad, Kanpur, Delhi, Bhopal and several others, eventually resulting in over 2000 deaths, mainly Muslim. The demolition and the ensuing riots were among the major factors behind the 1993 Mumbai bombings and many successive riots in the coming decade. Jihadi groups including the Indian Mujahideen cited the demolition of the Babri Mosque as a reason for their terrorist attacks.

A Light in the Darkness

During such a time when the whole country was going through turmoil of communal hatred, the Hajo community of Assam sought instead to spread the message of peace and harmony. Hajo has long been an ancient pilgrimage centre for the Hindus, Buddhists, and Muslims and considered to be a unique example of religious harmony. The place is full of mythological importance and is considered to be a highly sacred place by all the three religions. The small town is located on the banks of river Brahmaputra in the Kamrup district of Assam.

In a bid to send across the much-needed message of communal harmony, the Hayagriva Madhava Temple (Hindu, Buddhist) and the Powa Mecca (Muslim) of Hajo decided to carry out an interfaith procession. Even while the procession was initiated and supported by these three groups, it was one in which people of various religious groups were able to freely join and support.

A Model of Vasudhaiva Kutumbakam

There are a number of factors that makes Hajo remarkable as a model of interfaith and communal harmony. Historically, Hajo has been a central place of worship for a number of different faiths. Among the most notable spiritual sites include:

It is perhaps this close intermingling of the different faith communities on an everyday basis that has made Hajo resilient in the face of conflict. The people of Hajo have — in the past well into today — shown unprecedented love and support for each other’s faith. As such, the Hajo community is able to live together understanding each other’s shared identity and common aspirations as members of the human family, a true model of the ideal of Vasudhaiva Kutumbakam (the world is one family).

It’s an oft-repeated statement that India is a land of unity in diversity. But, what many of us fail to fathom is that it has places like Hajo which have helped our country earn this title. With an unwavering sense of interfaith and communal harmony, Hajo is a model for religious unity and as an ideal guiding light to lead us towards greater peace and harmony.