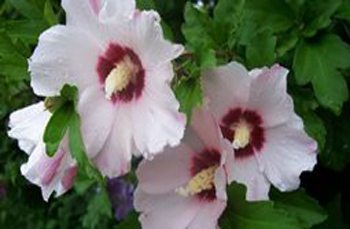 Being a man of faith I believed that destiny is rooted in providence for this very nation of Korea. I hope that we as Koreans can get inspiration in our ancestry for 4,000 years ago under the philosophy of “hong ik ingan” the Korean people believe that they had a destiny not only for the welfare of the Korean people but for the world. They had a philosophy that recognized that we were truly one family under God.” 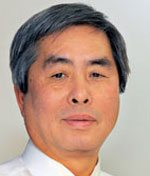 Mr. Chul-Soon Im was one of the attendees of the Global Peace Convention 2013 from Korea. Shortly after, he published a moving editorial in the HanKookIlbo expressing his renewed conviction in Korea’s ancient philosophy of “hong ik ingan” and the Joseon Dynasty’s “Byung-se consciousness”.  “Byung” connotes benevolence needed to unite diverse pieces to establish Grand Harmony (大同), a Confucian concept from the Joseon Dynasty’s contemporary in China, the Qing Dynasty.

He writes, “Why do we need to pursue the task of reunification in Korea? The goal of achieving “one Korea” should be creating an ideal unified country which is globally recognized and respected not for its military and economic power, but for its contribution to the culture and spirit of unity.” 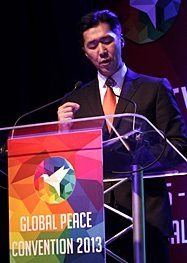 Dr. Moon proposes the establishment of a faith-based council in the United Nations to address identity-based conflicts.

Mr. Im observes that the world is changing as Samuel Huntington warned in his pivotal thesis The Clash of Civilizations, from a hegemony defined by the two major ideological blocs of the Cold War to smaller, but more heated religiously based factions.  In order to bring a unity in today’s reality, mechanisms such as Dr. Moon’s proposed faith-based council at the United Nations become crucial. Mr. Im writes, “this proposal is worth discussion and efforts towards implementation.”

What seems to have been the main impetus for Mr. Im’s reflection on his country’s 4,000 year old philosophy, however, is the vision of One Family under God.  “All religions pursue peace. God in this statement refers to a spiritual and transcendent being that each religion reveres. The philosophy that encompasses such a beyond -religion-movement that can embrace the world is found in “Hong Ik Ingan”, the founding ideology of Korea.”

Mr. Im puts out a call to his countrymen to examine the state of affairs of Korea.  With unification becoming the talk of the day, his makes an appropriate suggestion, that each person first start the process of bringing unity with self-examination.

“The bigger problem lies inside of us. If we remain mired in stubborn and firm belief in factions with little tolerance, political development and social unity is hardly achievable. The spirit of “Grand Harmony” (大同) is truly needed. The Grand Unity, an idea developed by Chuang-tzu, means “All things are one in a big picture but they are all different in detail.” Our goal should be to realize a mature society through tolerance and harmony by promoting the Grand Harmony (大同) and considering minor differences. “

The original translation appears on www.globalpeace.org