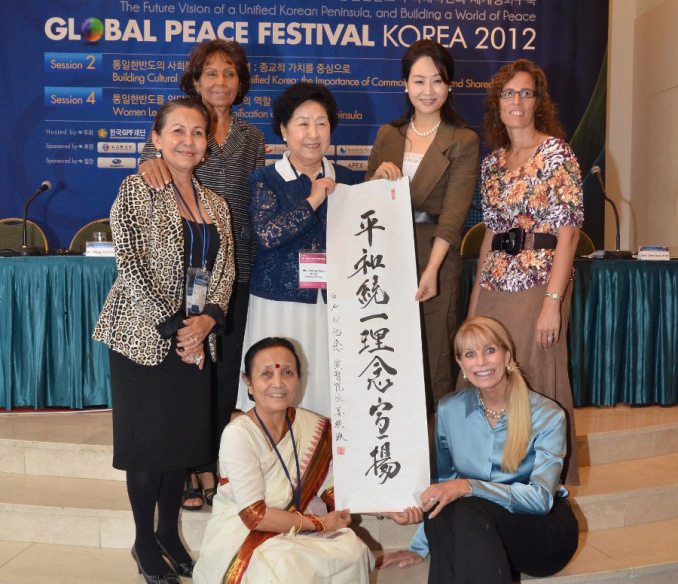 First of all, I would like to thank you for coming here today to give serious consideration to the role that women can play as leaders in the process of reuniting the two Koreas. One of the central themes of this conference, as you have heard, is that for Korean unity to be achieved, the Korean people must be involved, and not just political leaders. Here, I believe, is where women must play a major role and have a unique contribution to make.

This morning my husband spoke about the Korean Dream, a vision for a future Korea that transcends the conflicting ideologies of democracy and communism. It is a vision deeply rooted in the spiritual principles that are at the heart of Korea’s own historical and cultural traditions, going back 5,000 years.

That dream, built as it is upon the ideal of living for the greater good of mankind, is closely linked with a global dream that is the guiding vision for all GPFF’s work. That dream is that all people, regardless of race, religion, class, or nationality, should live as members of One Family under God. We might even call this God’s dream for humankind. 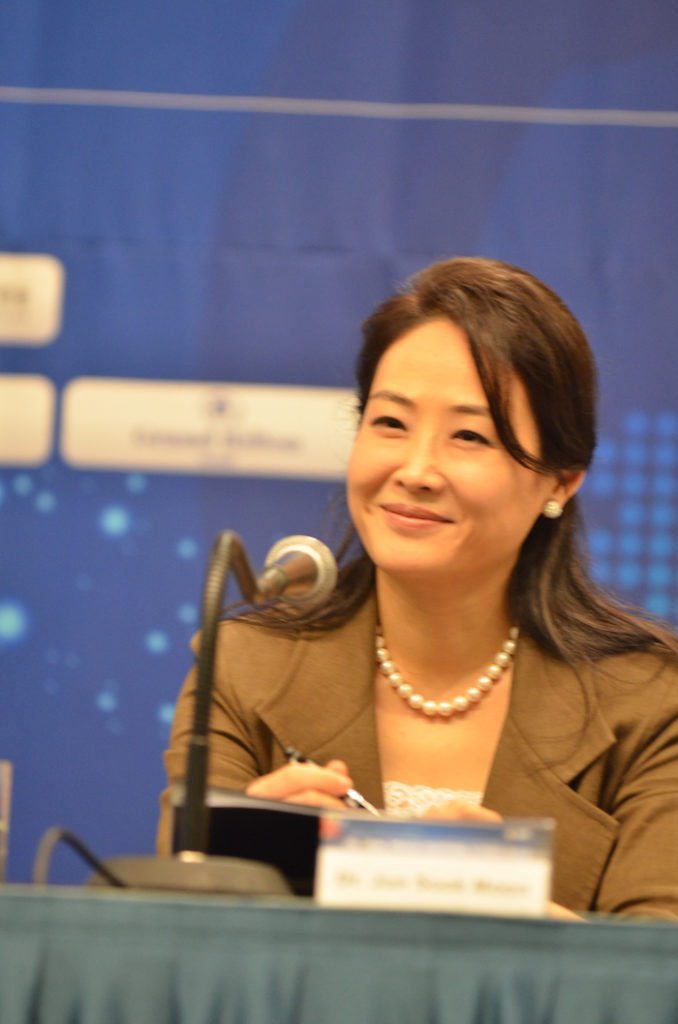 Dr. Junsook Moon speaks on the Global Peace Women’s panel at the 2012 GPLC in Korea

Within a family there are many roles. Each of them plays its part and together they contribute to the harmony and creativity of the whole family. Women play multiple roles, as mothers, wives, sisters, and daughters. Playing each of those roles well forms in us a rounded character with a unique contribution to make, both within our families, and in the wider society. After all, a harmonious family is a microcosm of a peaceful society.

Women – as mothers, wives, sisters and daughters – have the natural gifts to create the environment and experience of home and family. We must use those gifts to translate the vision of One Family under God into a living reality, one family at a time.

Global Peace Women exists to promote the role of women in giving substance to the vision of creating One Family under God, and to prepare women to be successful in that role.

We focus on two issues in particular. The first is to encourage and empower women in their unique roles in the family. Mothers nurture and educate the next generation, especially in the qualities of character and heart that they need to become responsible future citizens and leaders.

The second is to utilize the innate characteristics of women to develop new, creative, approaches to peace at every level.

Nowhere are circumstances more ripe for such an approach than in Korea today. Until now, Korean unification has been discussed in terms of ideology and geopolitics. But these large and abstract concepts have real and painful consequences for the many Korean families ripped apart after the Korean War, and still divided to this day.

There is nothing abstract about the suffering of those families. Who could not be moved to the core by the image of a South Korean man in his sixties breaking down and weeping when he met his mother in her eighties, whom he had not seen since the war during one of the family visits North Korea occasionally permits?

I live now in America, but Korea is my homeland and I cannot separate myself from its fate. Of all the nations separated after the Second World War, Korea remains alone – the last divided country in the world. I long to see it reunited and healed.

The process of reunification will involve much more than the resolution of political issues, and economic development, challenging though those will be. In the sixty years that the Koreas have been divided social and cultural differences between the two peoples have grown. This is a natural consequence of different experiences over time in two very different societies. Addressing these differences has to be an integral part of the process of unification and here, women can play a central role. 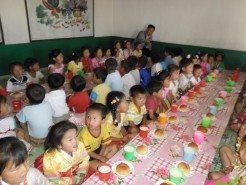 Chronic food shortages, punctuated by famine, have had a devastating impact on women and children in North Korea. This is an issue especially close to my heart. To survive, children and parents scatter and wander the countryside in search of food. Homes disintegrate and many children are left to care for themselves with neither a stable family life, nor a proper education.

As a mother myself of nine children, I can understand the heart of North Korean mothers who have to set their children adrift or watch them starve. This has become a serious social problem, with grave consequences for the future of North Korea. That is why social initiatives toward unification between North and South are urgently needed, now more than ever. I sincerely hope this conference will develop ideas for such initiatives, and ways to make them practicable.

On the other side of the coin, the collapse of North Korea’s command economy has had some positive results for women there. Unofficial markets and private economic activity has expanded, as people struggle to survive, and it is often women who are driving this process.

Desperate circumstances have forced them to take initiative on their own responsibility and to play a broader role in their society. Perhaps potential partners for women’s groups based in the south will emerge from among these women.

Here in South Korea, we too have to take responsibility — in this case for our destiny as a nation. Unification need no longer be seen as a distant prospect but something that may happen swiftly and unexpectedly. That means we should prepare for it NOW.

The prospect of women’s organizations working in the North may seem daunting given the still tight political control there. But times are changing and when doors open we should be ready to enter. I was greatly encouraged to hear about the resumption of talks recently between Japan and North Korea had been prepared by the Red Cross in each country. I do believe that NGOs and civic organizations have a vital contribution to make in uniting the two Koreas, and that women have a leading role to play.

I hope that through this session, all of you will gain a deeper understanding of the social circumstances in North Korea and of the importance of women for advancing social integration between North and South. If we can find practical ways to pursue that goal, under the guiding vision of the Korean Dream then we will have made a significant step in making the vision of One Family under God a little more substantial. Thank you very much.