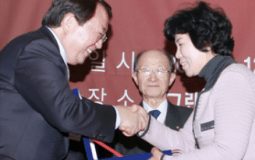 “For any real discussion of unification to begin, we, as the Korean people, must identify a common platform through which we can all converge not as a divided people but as Koreans.

Before we are to talk about political and economic systems as well as institutions of governance, a real discussion should arise around the dream or aspirations of unification and the principles and values upon which a new nation will be built.”

At the close 2014, the Civil Society Organization of Korea conferred the “NGO Collaboration Award” to the Global Peace Foundation-Korea. GPF-Korea’s Southern Seoul branch received the “Best NGO” award. GPF-Korea has been instrumental in Action for Korea United, a coalition of over 300 NGOs committed to advancing Korean reunification. 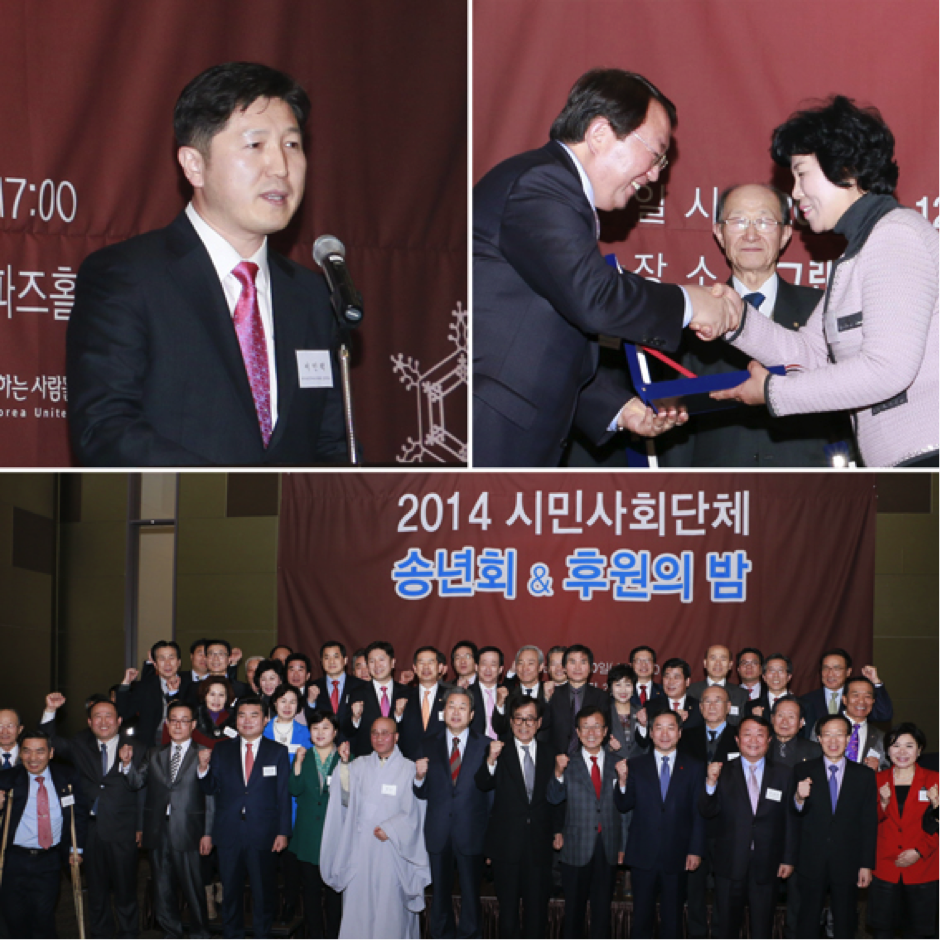 The Global Peace Foundation – Korea, represented by President In Taek Seo,
was recognized with this year’s Grand Prize, the NGO Collaboration Award

In his acceptance speech, GPF-Korea’s president, Mr. In Taek Seo said that a successful movement for unification can’t be inspired by economic or political reasoning, it will rise from a vision based on the ancient Korean philosophy of Hongik Ingan and touch the hearts of all Korean people.

Dr. Moon writes in his best-selling book, “Korean Dream,” that only a vision that transcends the divisions of political parties, ideology, geography, and even history can break the deadlock between North and South. Only such a vision can spark an awakening in the souls of people around the world to their shared destiny as a people appointed to live for the sake of humanity.

Action for Korea United has initiated an “Everyday Korean Movement” that asks Koreans to make unification a part of their daily lives. Whether it is donating 1,000₩ a month for a bread factory in North Korea, or volunteering at a Korean Unification School, or coming up with their own creative way to contribute to reunification, the movement is asking every Korean to become a part of building unification.

The original report appears on www.globalpeace.org