The Legacy of Genghis Khan 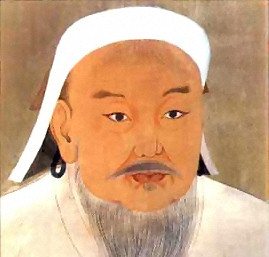 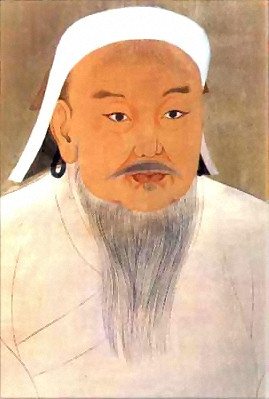 For centuries since his passing, Genghis Khan has taken on mythic proportions as a blood-thirsty barbarian who destroyed and plundered his helpless and hapless victims during a horrific reign of terror. Yet, in what is only recently being discovered, is what Mongolians – the direct descendants of the great Khan himself – have long recognized: Genghis Khan was a man before his time.

In Genghis Khan and the Making of the Modern World, Jack Weatherford chronicles the life of Genghis Khan, an illiterate son of nomadic origins, and his legacy. His ability to organize and administer a diverse population spread across thousands of miles, cultures and languages has long been obscured by his more infamous renown as a tactical military genius.

In modern terms, Genghis Khan created a meritocratic rule of law and consolidated huge territories into a secure zone of free trade that spanned continents. Weatherford suggests that Genghis Khan was driven to create this system through the hardship and despair he had personally experienced as a young boy on the Steppes. In his rise, he strove to realize a world without internecine conflict between tribes and nations and for greater prosperity for all. This, and the system that he created sparked innovations and informational exchange that molded the modern world through advances in trade, technology, communication, economics, governance, medicine, education and more. This exchange set the stage for civilizational progress on countless levels and in a myriad of ways.

And yet what remains more notable than all of these accomplishments is that his efforts to unite the people under the rule of the “Eternal Blue Sky” was not an autocratic, tyrannical rule imposing his own particular beliefs but an effort to align with the principles of the universe. While Genghis Khan had his own spiritual beliefs and practices, he recognized and respected the rights of others to their own beliefs, becoming a defender of religious freedom for many persecuted minority religious groups.

While he was unable to fully pass down the principles and values that he had learned through his lifetime onto his sons and grandsons, there are valuable lessons we can learn from this oft-misunderstood man of incredible will, ability and destiny.