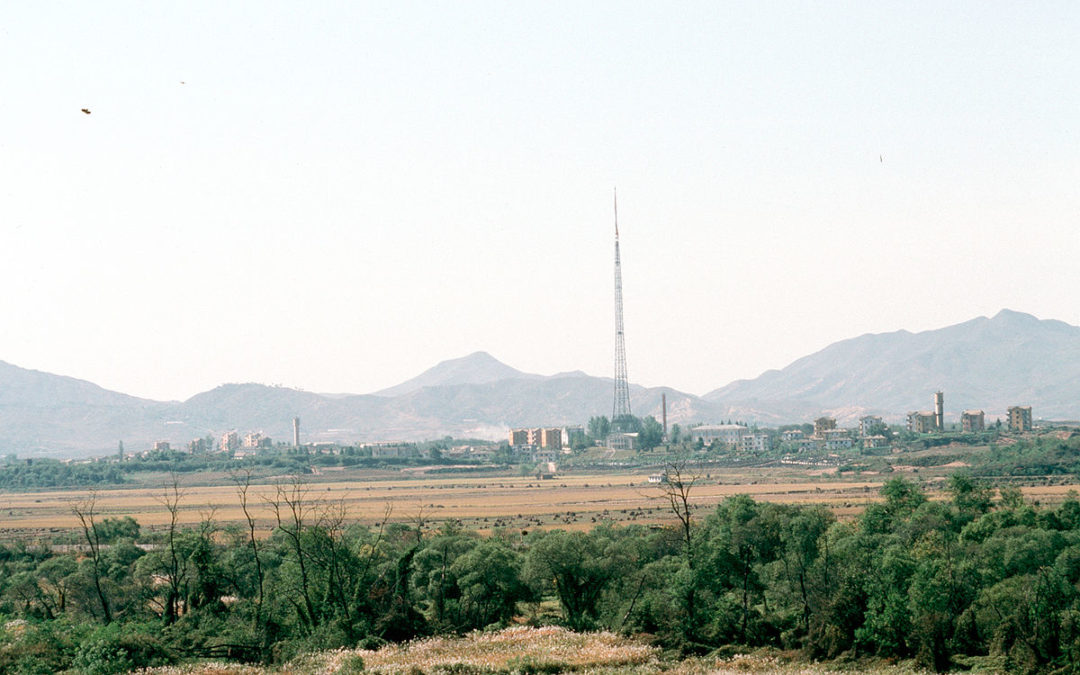 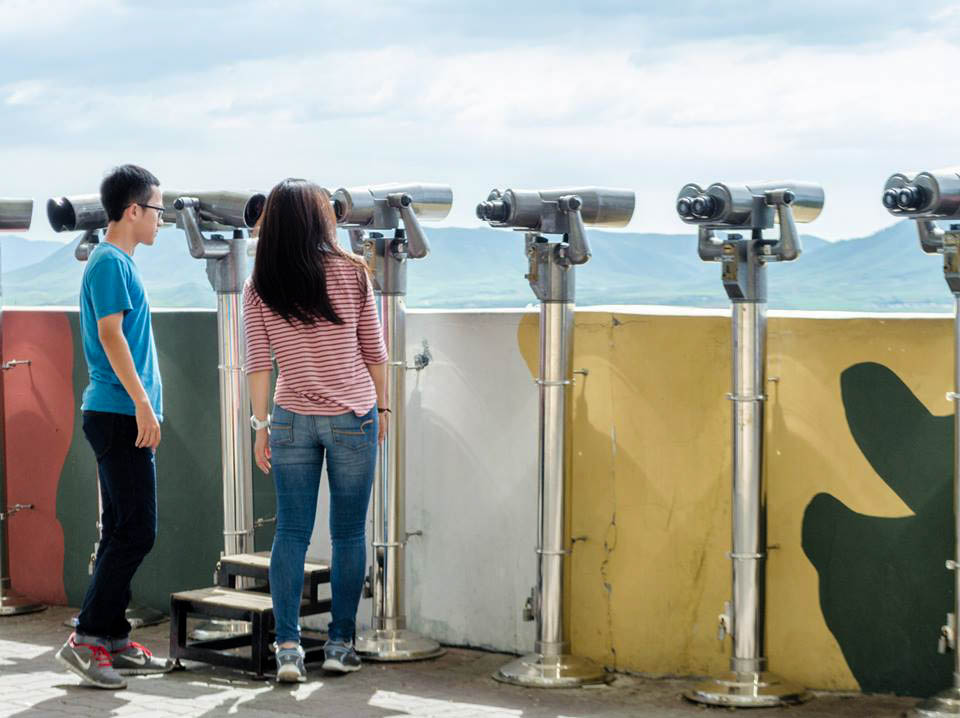 We stood on the observatory looking across the 38th parallel. Beyond the barbed wire I could see bald hills rolling from one side of the horizon to the other.

It had taken us 50 km to bike from Seoul to Imjinkak. It was our simple act for Korean Unification.

In Korea there is a term, “jung sung,” which roughly means “act of sincerity.” It is said that an act of true sincerity can move heaven. The bike ride was our attempt to offer “jung sung” and coax Unification to come even one day sooner.

And that day, I think I came one step closer to Unification in my heart. “Suzy” stood next to me on the observatory. “Suzy” is originally from the other side of the line. She was part of the team that had made it through the 50 km journey.  I think it might have been her first time since leaving that she could gaze at her homeland.

She bit her trembling lower lip and squeezed her eyes shut, willing the tears that were already seeping out to stay back. But they didn’t listen. Her knuckles were white from the strain on her fingers as she gripped the barricade and stared across the empty grassland. Somewhere, beyond those hills were her parents, her siblings, her aunts, uncles, grandparents –her family.

What was she doing here so far from them? Why couldn’t she run across that field to find them and live with them again?

What was this line decorated with wire? Why was it keeping her from her family?

The Demilitarized Zone is not just a physical division on which either side soldiers stand guard against… against who? Cousins? Brothers? Children? Parents? The DMZ is a line drawn across the hearts of every Korean, dividing families, relatives, a people torn in two for almost 60 years. 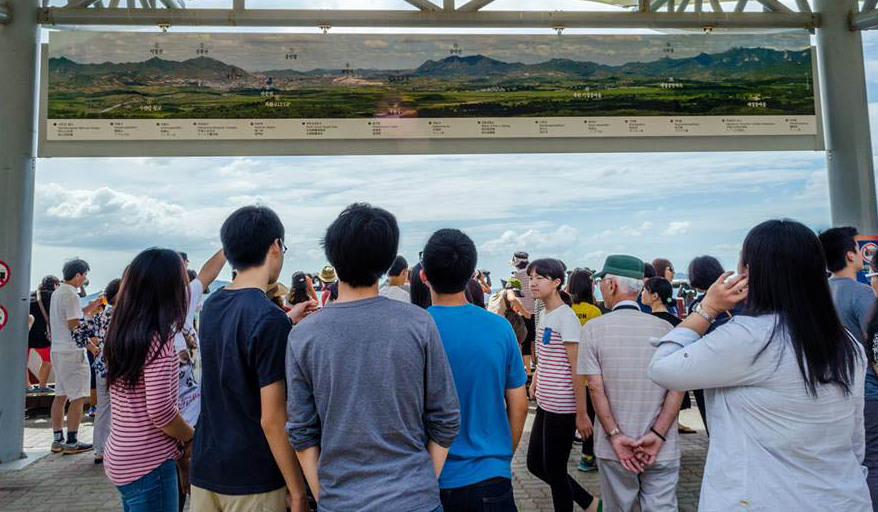 During that same summer, I joined the “Everyday Unification Movement.”  We did donation drives on buses, even passing through Gangnam, asking people to donate money to support a bakery in North Korea that would feed the village children. We visited housing projects for defectors, spending time laughing, exchanging stories and eating sweets with them. And we biked 50 km, a gesture to say, “We are ready to have this line come down.”When I reflect on that summer, I realize that as I asked people to support the “Everyday Unification Movement” the line inside of me came down. And in essence, that is what the movement is asking every Korean to do – contribute to a movement that melts the line that has stood in every heart, family, neighborhood, and our people.

It can start small, like consciously confronting the wall that we raise when we hear the sharp Northern accent, or consciously crossing the line when we open our wallets in order to feed the children across the border.That summer, the line that stood between me and “Suzy” came down, she is no longer a “Northern defector” to me; she is my sister.

I go back sometimes, to that day on the observatory to stand next to Suzy and imagine that we walk across that field together. I image that we meet her parents and I get to know a new part of me. Maybe we’ll bring some of her favorite snacks. I hear Choco-Pies are pretty popular.

When I come back from that dream, I remember that I have a mind, two hands, a mouth and feet that can take action in my everyday life to wear away that line that stands between Suzy and her family.

Won’t you join me?

~This piece is based off of a testimony of a youth volunteer who participated in a summer leadership exchange program in Korea.