Engaging Korean Civil Society in the Process of Reunification 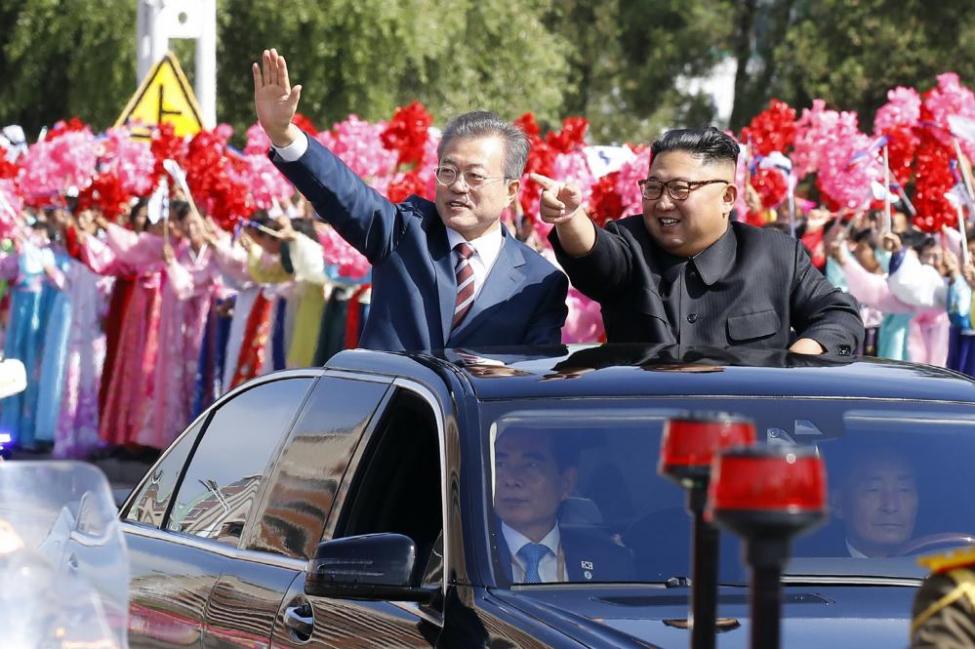 North and South Korea leaders, Kim Jong Un and Moon Jae-in, are meeting once again for a three-day summit starting September 18 in Pyongyang to discuss inter-Korea relations and the next steps towards denuclearization. The delegation from South Korea included 50 leaders in business and politics as well as significant figures in the sports, culture, and religious arenas.

Yet, as high-level talks on denuclearization and eventual reunification take place, it is important to recognize the essential role of the Korean people and their participation in civil engagement and exchange. Dr. Hyun Jin P. Moon has emphasized that Korean civil society must take the lead in building relationships and civic engagement to foster trust and a common vision of what a unified Korea could look like.

Recent examples of of civic exchange and building towards a common vision for reunification on the Korean peninsula, have appeared in recent sporting events involving unified Korean teams. The unified Korean team won the first gold medal at the 2018 Asian Games. Women athletes from both South and North Korea worked together to win the 500-meter dragon boat race.

Only weeks before the Asian Games, two North Korean and two South Korean labor union teams played against each other in separate matches at the Seoul World Cup Stadium for the inter-Korea workers’ soccer tournament, the first in three years.

Although both North Korean teams would go on to win, the thirty thousand South Korean spectators cheered loudly for their North Korean brethren.

“They are just laborers who enjoy playing football. It doesn’t matter who wins or loses,” said Lee Mi-jeong, chairwoman of the Seoul branch of the national women’s labor union. “You feel a sense of closeness, because there is no need for a translator.”

Lee went on to express how the sporting event reflected hope for a peacefully unified peninsula.

“The situation has completely changed this year, from last year. If it is peaceful now, and peace becomes the norm, the quality of life improves and exchange becomes the norm. Unification doesn’t have to be seen as a long process.”

It could be that unification has already started in the heart of the people. However, the process of unifying the peninsula will heavily depend on the grassroots engagement of Koreans in the South, North, and abroad.

To counter the once growing apathy to the tragedy of a divided homeland, Koreans must dig into their shared history and rediscover their shared identity. The power of an informed and engaged civil society is crucial to reunification.

With this in mind, global efforts like the One Korea Global Campaign and Action for Korea United provides opportunities for citizen engagement through grassroots projects and campaigns raising awareness of the Korean Dream: a vision for a unified Korea that benefits the world. Efforts are now in full effect leading up to the March 1, 1919 centennial of Korea’s independence movement next year.

Dr. Hyun Jin Preston Moon is a recognized and knowledgeable thought leader on Korean reunification and author of the award-winning book, “Korean Dream: A Vision for a Unified Korea.” He has initiated and provides ongoing leadership for civic engagement efforts, like Action for Korea United, focused on spreading awareness of the importance of Korea reunification and building consensus on the vision of the unified Korea.