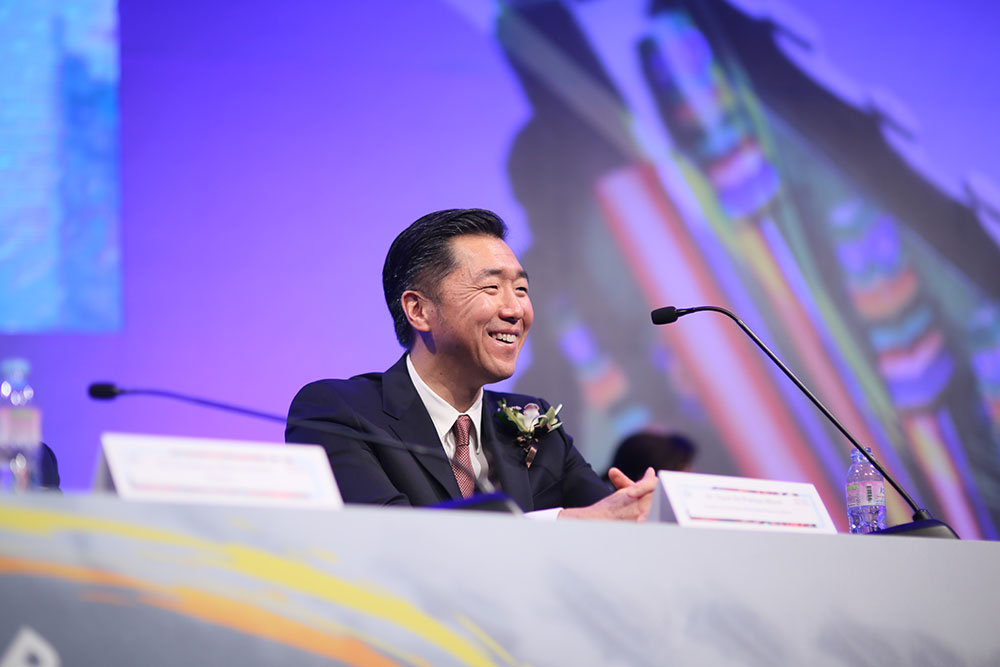 Dr. Hyun Jin P. Moon’s unique approach to Korean reunification was referenced in a recent editorial by Ed Feulner, founder of the Heritage Foundation. Taking a look at the foreign policy of the current US administration, Dr. Feulner calls the President a “creative disrupter” for going beyond what most would consider conventional boundaries to address challenges on the international scale.

The following is an excerpt from the article.

Mr. Trump the businessman, then the candidate, and now the president, has written that when facing a challenge, you think big and go into negotiations (or even discussions) as a disrupter. By coming up with new ideas that are far outside the boundaries of what’s considered possible, you effectively change not only the debate, but the whole range of options within that debate.

That makes a lot of people uncomfortable. But by doing so, Mr. Trump is expanding the debate so that the final decision goes beyond the conventional boundaries of discussion.

This is a new approach for many in the think tank community and in the government. And most people view anything new with alarm. But that doesn’t mean it’s a mistake to try it.

Such an approach means, yes, that Mr. Trump is a tough negotiator. As he has said, “Without friction, there can be no lift.”

The president is not alone in his view. Preston Moon, founder and chairman of the Global Peace Foundation, called for an “out of the box” approach to Korean unification during a speech at the recent Global Peace Convention 2019.

The Trump administration, Mr. Moon noted, “made Korea the top international priority of the U.S. for the first time since the Korean War. It imposed biting sanctions and galvanized global support to support those sanctions.” That’s a big change to a bolder approach.

Read the full article on The Washington Times.