Discovering a Path to Economic Independence and the Dream for One Korea: A Story of North Korean Defectors 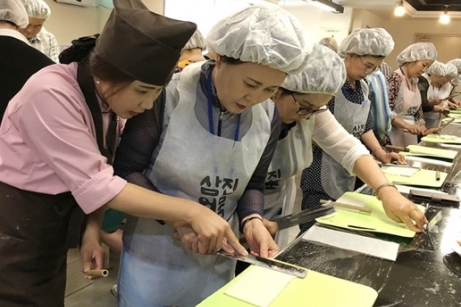 Action for Korea United, a conglomerate of organizations from all sectors of Korean society, is supporting grassroot efforts towards peaceful reunification on the Korean peninsula. One of the most urgent challenges that will face a newly reunified Korea is the economic collaboration between North and South as illustrated in the following story about women from North Korea who are seeking to establish economic independence in the South.

Small grassroots projects like the South Korean Entrepreneurs for the development of North Korean Defector Entrepreneurs are effective. The ongoing efforts provide opportunities for North and South Koreans to interact with each other and see each other as brothers and sisters, Koreans from both sides of the 38th parallel.

To face the political, economic, and social challenges that will come with reunification, preparation must happen on a people-to-people level – when Koreans begin to see each other as one, tied together by their shared history and familial bond as a once-united people for thousands of years.

A North Korean woman defector learns how to make a fish cake bar at a business in Busan. Later, she closely watches a processing production line make noodles at a factory in Hapcheon. As she gradually learns about the development of the businesses, she realizes that success will not be easy to come by. Yet, she knows she must challenge herself in the business world and stand on her own two feet. 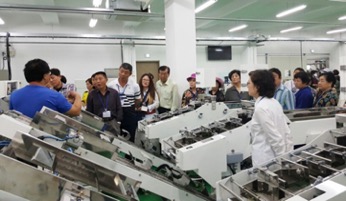 North Korean defectors have many talents and abilities to offer but often face social isolation and even employer discrimination due to socio-cultural differences between the North and the South. However, Koreans have a long history of shared values and ideals. Action for Korea United is reconnecting to this shared heritage of the Korean people as way to bridge these socio-cultural differences and the larger political and military divisions.

North Korean defectors often lack confidence as they enter the job market in South Korea. They face unique challenges to finding stable employment such as limited professional networks and a lack of knowledge on the job market. Defectors receive a subsidy from the government but desire to eventually venture out to become self-sustainable. A group of women participated in Global Peace Foundation (GPF) and Action for Korea United’s joint program, South Korean Entrepreneurs for development of North Korean Defector Entrepreneurs ENM (Educating + Networking + Mentoring). The Ministry of the Interior and Safety sponsored this program that began in 2016 to help expose North Korean women defectors to South Korean companies and help them build skills and confidence in their job search.

A group of 34 women defectors and 11 mentors and instructors recently visited corporations such as Samjin Fish Cake and Kupo Food Factory.

The president of the women’s division of GPF Korea, Ms. Mi-hwa Kim, said, “I initially planned a tour of large companies for this program but changed it to a noodle and fish cake company which are more familiar to defectors. I hope that through these opportunities, they will gain confidence in starting a business and gain economic independence.”

Female defectors far exceed male defectors settling in the South with females more than tripling males in 2016. Global Peace Women supports these women on their path to economic independence as well as uplifting their crucial leadership role in their families and communities.

Prior to the company tours, the Co-Chairman of the Action for Korea United, Mr. Inteck Seo, spoke to the group about the process of reunification saying, “The successful settlement of the defectors in the South Korean society is a very important and necessary process for the reunification of the Korean peninsula. I hope that you take advantage of these opportunities and grow your own dreams.”