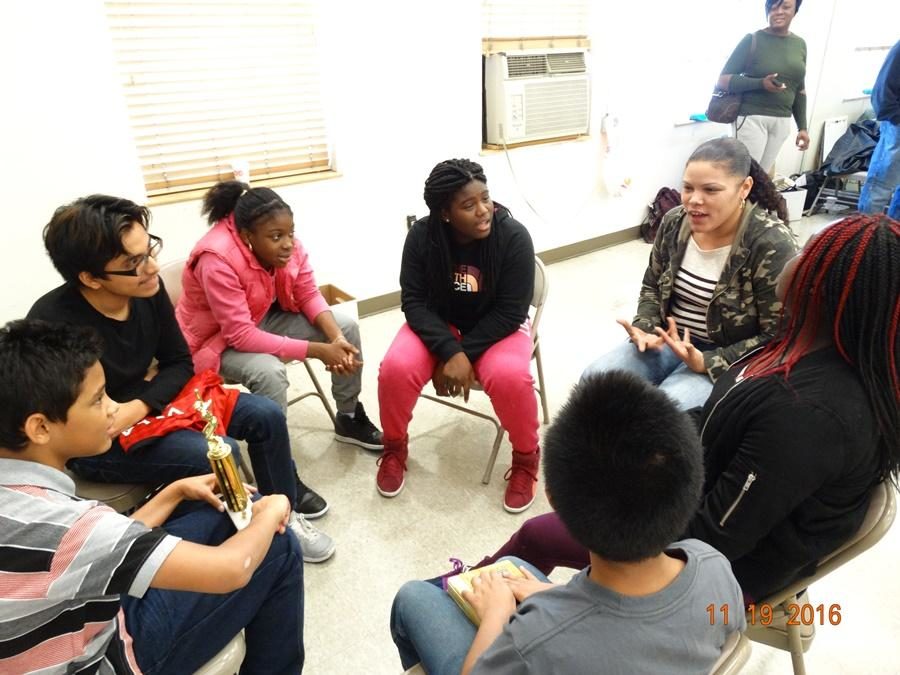 “It is my firm conviction that the vision of One Family under God can transcend identity-based conflict and provide the principled foundation for creating a world of peace.” –Dr. Hyun Jin Preston Moon

Identity-based conflict is something that we can see at the root of every major social challenge. In the United States, we can see identity-based-conflict in the recent – at times violent – confrontations between law enforcement and local citizens.

Spurred in part to address these tensions, participants of a joint project between the Global Peace Foundation and Co-operation Ireland have taken on the issue of violence in their communities. 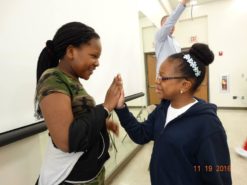 CCE youth meet each other during first contact phase

Global Peace Foundation (GPF) has been working with Co-operation Ireland (CI) to implement a six-month pilot of the Cross-Community Engagement (CCE) program. The CCE program has been developed by Co-operation Ireland over 30-years as a way to prevent conflict and build long-term community connections. With hands-on experience in building community relationships between groups in Northern Ireland, CI has worked to engage community leaders of diverse to foster self-awareness and create new relationships between groups locked in conflict through identifying shared values and aspirations.

The pilot program for CCE in Jersey City engaged at-risk middle and high school age youth of Latino and African American backgrounds, in a series of workshops, field trips and activities designed to build cross-cultural relationships. This distinctive program to counter attitudes and behaviors that perpetuate identity-based conflict, commenced in July of 2016, has been supported by leaders of faith, government and nonprofits .

Through the six-month program, the youth identified common values shared that could serve as a thread to heal division and connect them as part of one shared community.

Youth in CCE spent months examining their own biases, outlooks on history and different perspectives before making initial contact with the youth of the other ethnic group that grappled with the same topics. This unique approach to build social cohesion through first self-understanding was the first step to help participants recognize that, despite their differences, there are common aspirations and values that they all share.

Cross Community Engagement is not simply about dialogue. Youth who have been involved in CCE over the course of the last six months were encouraged to identify a target issue to collectively address during the final phase of the project. They elected to address violence in their city and have begun working together through participating in vigils, rallies and developing their own presentations for their schools, police stations and City Hall to spread their shared vision for their community. 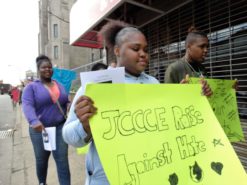 An essential element of the GPF approach is the strong leadership and support of moral and innovative leaders, many of whom are faith leaders who are active and present role models in the community.

In this specific community, Detective Doris Johnson, one of CCE’s lead partners, has developed a strong relationship with the youth as a mentor and role model, displaying the power of dialogue and a vision based on shared values. Detective Johnson commended the young leaders for their work, noting, “This isn’t about politics, this is about saving the community.”

The CCE youth participated in a “Stations of the Cross” event to commemorate the lives lost to violent crime in Jersey City where leaders such as Detective Johnson and faith leaders of the community appealed to the values of forgiveness, reconciliation, hope and healing, and emphasized a common vision for ethical, vibrant and prosperous societies.

The CCE youth together with their mentors are taking on serious issues such as youth violence with a long-term, comprehensive approach to build engaged, inclusive communities of peace and prosperity.