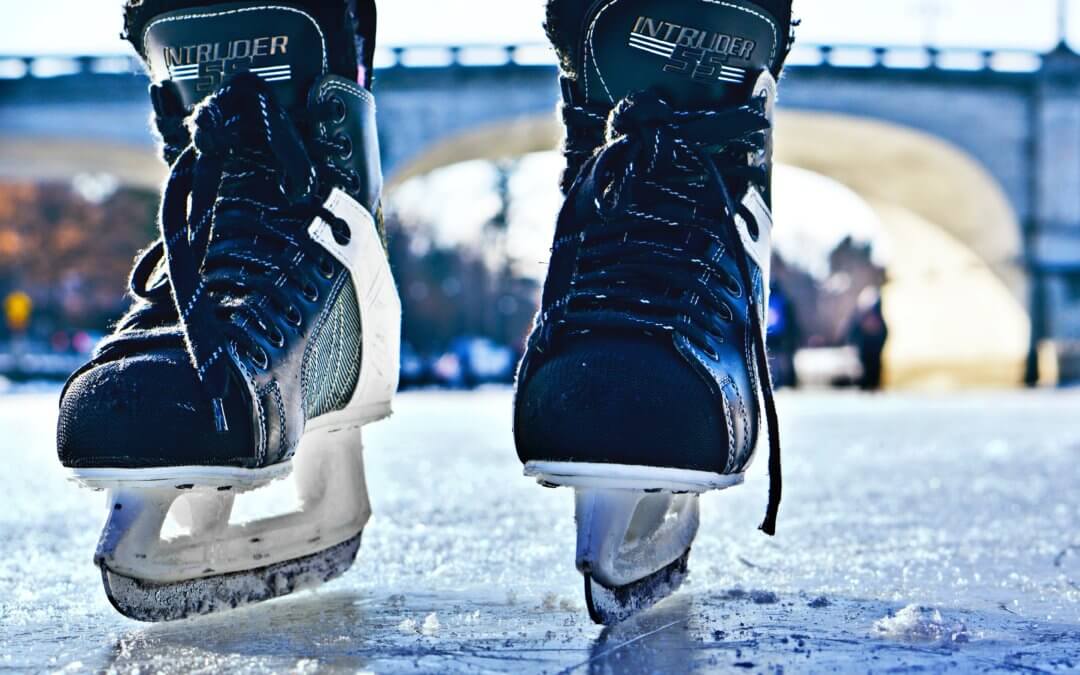 Some 3,000 spectators crowded into the Seonhak International Ice Rink on Sunday afternoon to watch the first practice match between the united Korean women’s ice hockey team and Sweden. Many waved flags emblazoned with the light blue silhouette of the Korean peninsula shouting, “Urinun Hana,” (We are one).

The team is headed by a Canadian, Sarah Murray, who speaks through a translator. To complicate matters, the Southern and Northern players have discovered that 70 years of division have created linguistic differences. Southern players tend to adopt the Koreanized version of English words, while Northern players stick to the original Korean.

If fans expect the team to do well, they may be disappointed. They were beaten by Sweden 3-1 in Sunday’s match, and are not expected to rank highly due to a short joint practice period. The joint team has attracted many supporters who see it as a signal of hope for future unification despite the nuclear escalation between North and South Korea in 2017. At the same time, it has also garnered protest and criticism of those who are speaking out against the human rights abuses in North Korea. Just outside the Ice Rink protestors ripped North Korean flags and photos of Kim Jong Un.

Surface efforts for unity like the joint North-South Korea Olympic representation have brought out challenges that reunification poses, linguistics and ideology just scratching the surface. These hurdles will require Koreans, both North and South, to dig into their past to rediscover their shared identity and history and define a shared destiny that can pull them beyond the current differences and divide.

In his book, Korean Dream: A Vision for a Unified Korea, Dr. Moon shares some of the aspects of the shared history of the Korean journey. 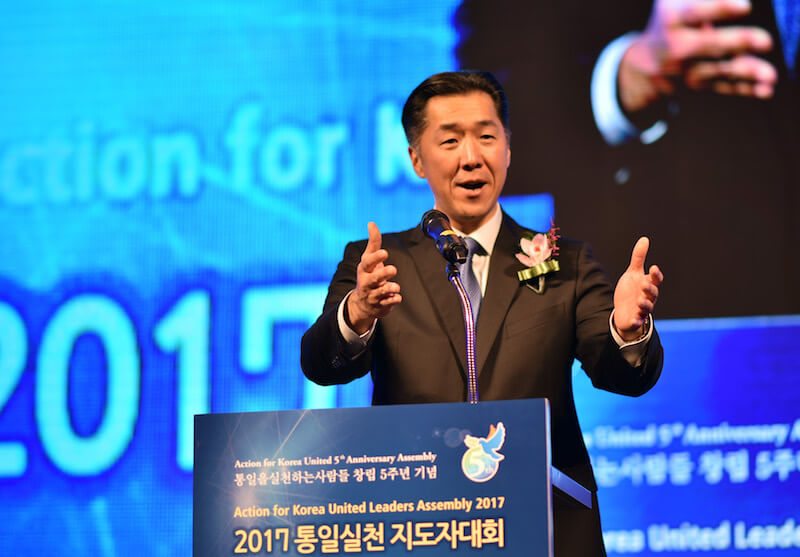 Dr. Moon speaks at the 2017 International Forum on One Korea in Seoul

Dr. Moon goes back four millennia to trace the historic path of the Korean people. He describes a people who share a single language and culture—who embraced the great religious traditions of the world—who fought against foreign domination to assert self-determination—and who made the peninsula their homeland for 4,300 years.

Concepts of nobility and public service deeply imbue the policies and laws of the ancient Korean dynasties. Korean governance took root in the concept of family relationships—a nation was seen as the expansion of the extended family. Civic and educational efforts followed the precepts of religious teachings. Unlike many other nations, Korea historically welcomed and honored the teachings of all faiths.

Dr. Moon highlights these threads running throughout the Korean national story—threads that have helped the Korean people navigate through the crises of their history – threads defined by the concept of Hongik Ingan that calls for an ethic of “benefiting all humanity.”

It is from this central principle and shared identity and values that Dr. Moon believes an overarching vision for a new Korea can be drawn. Korea has long held a historical imperative to serve as a light to the world, to function in a way that benefits all humanity. To the casual observer, this idea might seem idealistic, especially viewed in the light of current society.

Yet, the desperate suffering of Koreans north of the 38th parallel—the emptiness of the race for mere material wealth in the south—attest to what Dr. Moon has described it as “a lack of a cohesive and inspiring vision.”

Dr. Moon has pushed forward a movement that is defining the starting point for exploring reunification as the Korean historic and cultural imperative to be of benefit to all humanity. The movement is changing the nature of the conversation and is garnering not just national but international support.

Common sense dictates that such a people have a nation and live in freedom. Yet, unlike most of the indigenous peoples that have fought for sovereignty in the past century, Koreans still have no unified homeland.

A peaceful and thriving Korean homeland is both possible and practical. Those who can envision a new Korea—which incorporates our treasured historic values, which ensures rights and dignity for all citizens, and which lives by the unassailable standard of Hongik Ingan—will become the architects and artisans of our new society.

The Korean people deserve a homeland that reflects their aspirations, their unique cultural identity, their chosen form of governance and honors their intrinsic human rights. But, it must be built with Korean hands.

Hockey could be a place to start, and could demonstrate the power of a shared dream. “We are on the same team now,” Voice of America reported Coach Murray saying. “Hockey really does bring people together.”