Collaboration Brings a Community to Life 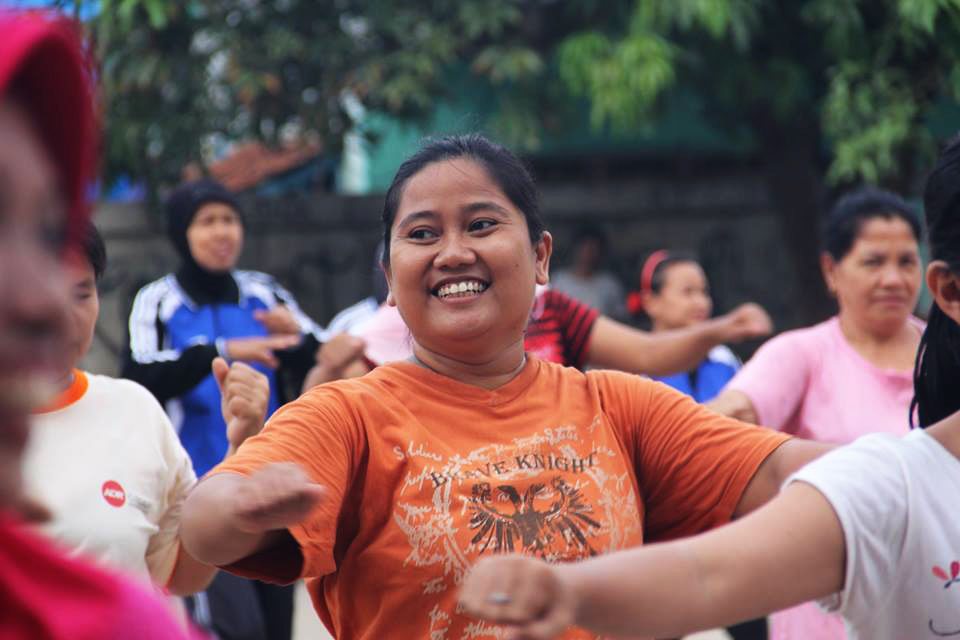 In a single neighborhood, children laugh as they sit side-by-side in drawing class; teens test their mental and physical strength through taekwondo; and students are hard at work studying a foreign language. Their mothers are sure to be talking about how quickly they are growing up in the aerobics class they take together.

This may sound like the beginning of a fictional novel describing a removed, idealistic population in a developed society, but this collaborative community-bonding experience is a reality in Jakarta, Indonesia, where over 3,000 residents of an affordable-housing community became involved in Global Peace Foundation’s Life Park Project.

The apartment community, Rusunawa Flamboyan, launched Life Park in 2014, gathering volunteers from the residential population and local universities to build a playground, multipurpose court, and toilet facilities as well as installed solar-powered lighting. The vision of “one family under God” has inspired an ongoing movement of volunteers and residents who began to see their neighbors as family members despite their differences of culture, socio-economic status and religion. University students and professionals developed a series of educational art and English programs to strengthen community bonds and promote moral and innovative capacities in youth and families.

Children at play in Rusunawa Flamboyan

Life Park projects aim to strengthen the family unit, an institution that is the building block of healthy societies, by involving all community members, fathers, mothers and children in the education and service projects.

The most recent series of projects in April of 2017 was accomplished through the combined efforts of Binus University, the Jakarta government and the Uni Papua Foundation. Local universities promote the project, attracting students who join as volunteers to share their talents, knowledge and mentorship skills.

Participants and local residents benefit from the community-wide effort not only through the construction projects and educational programs. Liany, a resident of Rusunawa Flamboyan, also appreciates the social entrepreneurship aspect, using creative problem solving to address the needs of their community, and working with local government to obtain results. Community members participated in the Rusunawa Social Entrepreneurship Exhibition on April 25-26, demonstrating their skills and creativity while spreading the message of ownership and community collaboration. 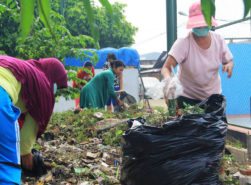 Families from Rusunawa Flamboyan clean their community together

This bond of community and government fosters relationships to make the neighborhood more than blocks of concrete, but rather a thriving home with people who care about each other and their environment for generations to come.

GPF Indonesia, in partnership with local governments, hopes to replicate this community-building model throughout Indonesia. Local officials have continually expressed their hope that projects such as Life Park can facilitate infrastructural change and development to under-serviced areas.