Children of the Divided Homeland 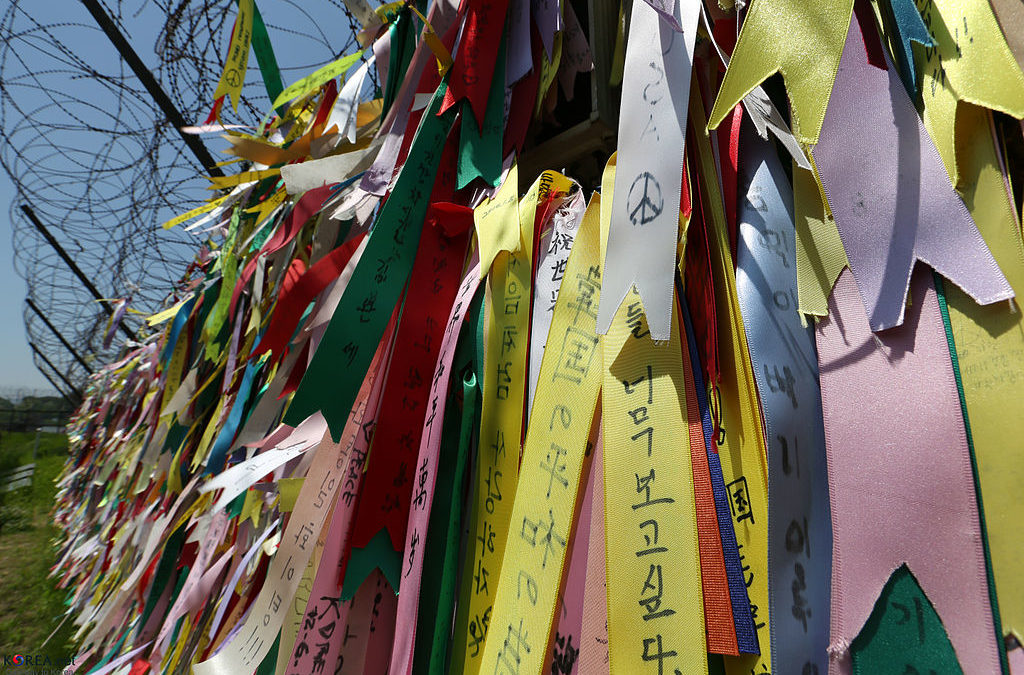 As North and South Korea have tentatively renewed relations, discussions on family reunions have resurfaced. It was announced on June 22 that the two Koreas agreed to an initial reunion at the Diamond Mountain Resort in North Korea on August 20-26. North and South Korea will send 100 separated family members each to the first reunion.

The long-standing division has kept families apart for more than seven decades. The Ministry of Unification in South Korea has over 56,000 registered separated family members, a number that continues to decrease daily as most of the people are more than 70-years-old.

That number accounts for family members who one were together, and doesn’t include the generations after the division who lived as, what Dr. Hyun Jin Preston Moon calls, “Children of a Divided Homeland.”

Dr. Moon describes his own experience of a split identity in the second chapter of his book, Korean Dream: A Vision for a Unified Korea.

Like many Koreans, my own identity mirrors the story of Korea itself.  My great uncle, Moon Yoon-guk, helped draft the 1919 Korean Declaration of Independence.  A year later, my father, Moon Sun-Myung, was born in Chongju, North Pyongan, in what is currently North Korea.  My mother also was born north of the 38th parallel.  So my ancestral home is in what is now considered North Korea. Yet, can I really define myself as “North Korean?”

During his youth, my father was part of the independence movement against Japan’s occupation and was arrested and tortured.  He later preached Christianity in the Soviet-occupied area directly after the Japanese surrender and was arrested again for his religious work.  He spent three years as a prisoner of the communist authorities until liberated by MacArthur’s troops in 1950. He sought refuge in the South and re-started his religious ministry there.  It was in South Korea that my parents married and I was born, so my birthplace is in what is now South Korea.  Does this make me “South Korean?”

My parents brought the family to the United States when I was just a few years old and continued their work in America and the larger world.  We became part of the Korean diaspora, living in other nations but maintaining our language, culture, and connection as Koreans.

My story is like that of many Koreans.  When we search to define our identity, we hit these obstacles, caused by a political situation.  We are not “North Korean” nor “South Korean” nor “former Koreans.”  We are all the children of a divided country, a people unable to connect to our own relatives, unable to visit the graves of our ancestors, unable to carry on the duties of respect that our culture commands.

Although I grew up in America, the language in the home was Korean.  The customs, the celebrations, the stories, the values all came from that cultural source.  As a teen, I pursued equestrian sports and eventually participated in the Olympics—on behalf of Korea.

My love of history led me to study the stories of my ancestral country, Korea, and my adoptive country, the United States.  I saw the way that the vision of the Founding Fathers in America brought the nation into existence—a nation that could embrace people from every nation and culture under a common ideal.  I delved into Korea’s 4,300-year history and re-discovered the cultural ideals that permeated my youth and family—cultural ideals shared by every Korean.

Perhaps this struggle also led to my effort to find ways to resolve identity-based conflict in various nations.  In the situations of other nations, other tribes, other faiths—I could feel the echoes of my own nation’s agony.  Finding solutions that have worked for other peoples seemed to offer a chance for my own.  And so, I come back full circle, to the issue of Korean self-determination, Korean unification, Korean sovereignty.

We Koreans cannot merely shrug off the division of our homeland, because that division is repeated in the fracture of our own families, our own lives.  We have relatives we’ve never met, and are prevented from meeting.  We fear for those who might be punished, starving, or forced into unspeakable circumstances—and we are helpless to even find out.

Korea’s struggle is a family affair.  For hundreds of generations, we were one people.  Our roots go deep; our cultural story has continued unbroken.  Such deep roots cannot be severed by the temporary structures of some political or economic system.

Koreans long for our homeland to be established, once again.  We want to walk the same footpaths our ancestors walked, and to stand at their graves to offer our respect.  We want all the members of our family—our extended national family—to be free and able to go anywhere, without control or threat.

Just as there is identity-based conflict, our identity is intricately connected to the autonomy, freedom, and security of our homeland.

The Korean Dream is never far away from the heart of all Korean people.  It calls to us, constantly.  The time is ripe for that dream to be made real.

This is an excerpt from Dr. Hyun Jin Preston Moon’s book, Korean Dream: A Vision for a Unified Korea.