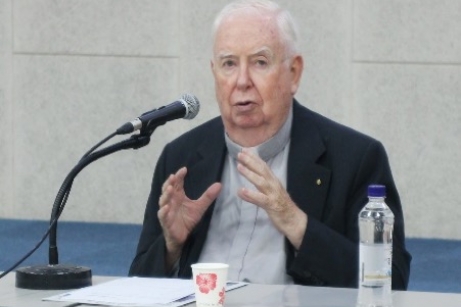 Father Hammond is not Korean. But he has visited North Korea 58 times to treat tuberculosis.

His passion is fueled by his commitment to serve his brothers and sisters in North Korea. His example sends a powerful message to faith leaders in the international community, the world should care what happens on the Korean peninsula.

Efforts by the One Korea Global Campaign are strengthening global support for Korean-led efforts for peaceful reunification. Just as the international support helped end Apartheid in South Africa, the global community, particularly from faith leaders, will play a pivotal role in supporting the Korean people’s efforts for self-determination.

Korea will soon commemorate 100 years since the March 1st 1919 movement for independence, a stark reminder of the suffering experienced by families divided by foreign powers in a century racked with world war and struggle for human rights. 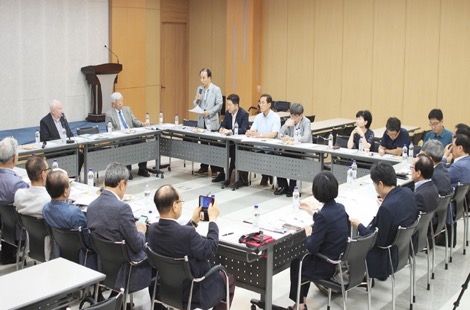 Few people get a glimpse into the obscure lives of North Korean citizens, but Father Jerry Hammond of Maryknoll Fathers and Brothers is a rare exception. He has traveled to North Korea 58 times throughout his life on humanitarian missions to provide treatment for North Koreans suffering from tuberculosis.

Father Hammond addressed representatives from various faith traditions at an Action for Korea United conference in Seoul over the summer to bring attention to the urgent situation. “The scariest thing in the world is negligence. Your attention is very important to the North Koreans who are still suffering now.”

Tuberculosis is an infectious disease that has high incidence and mortality rates in North Korea, where poverty, malnutrition, and inconsistent treatment are all contributing factors to the spread of the disease. The Eugene Bell Foundation partners with Maryknoll Fathers and Brothers to provide professional diagnoses, treatment, and hand-delivered medications directly to patients bi annually.

According to Father Hammond, the likelihood of curing the disease is promising for patients receiving consistent treatment but the problem is their limited reach. “Presently, there are a total of 12 tuberculosis treatment centers in North Korea, including Pyongyang, North Pyongan, North Hwanghae, and Hamheung area, and the number of patients receiving hospital treatment is about 2,000 but, the actual number of patients is much larger. It’s impossible to help everyone.”

Yet Father Hammond remained optimistic as he saw firsthand the lives they have touched. “Patients who have been treated say through their eyes, ‘Thank you for saving my life.'” 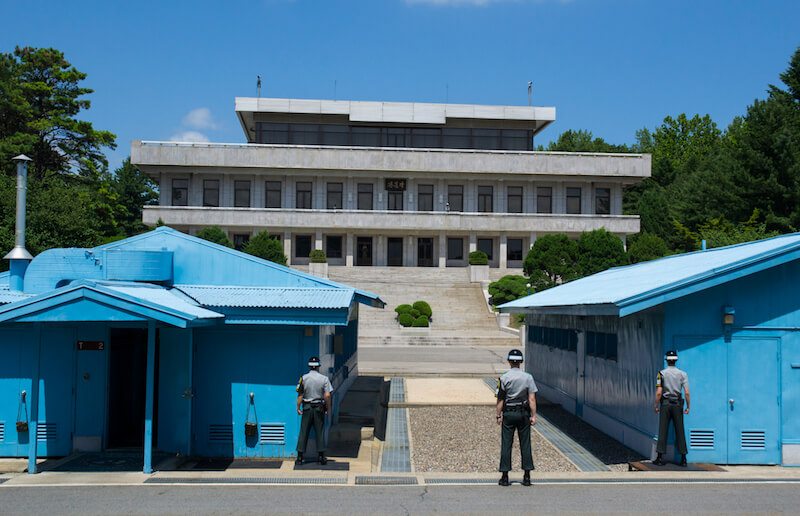 The heavily guarded Demilitarized Zone is a continuous reminder of the great challenge facing the Korean peninsula, including global security and human rights, showing that humanitarian efforts in North Korea by the international community is a significantly difficult undertaking.

Widespread disease in the North is just one of many challenges facing the Korean peninsula due to their ongoing division. Father Hammond expressed his sorrow for the predicament of the divided Korean peninsula that previously lived as one people for five millennia.

He believes that people of faith should not ignore the suffering of others and urged the Christians, Catholics and Buddhists in attendance to consider their moral responsibility to the North Koreans.

He contrasted today’s culture of individualism and apathy to values of the past that emphasized caring for one’s neighbors.

As members of the same human family that transcend religious and national boundaries, people of faith should lead the way in caring for vulnerable members of our global family. Father Hammond concluded the conference with words that he has embodied throughout his own life. “Gather your strength with sacrifice and a loving heart.”

The original post appears on Global Peace Foundation. Global Peace Foundation is an international non-sectarian, non-partisan, nonprofit organization, which promotes an innovative, values-based approach to peacebuilding, guided by the vision of One Family under God. GPF engages and organizes a global network of public and private-sector partners who develop community, national, and regional peace building models as the foundation for ethical and cohesive societies. Dr. Hyun Jin Preston Moon is founder and chairman of the Global Peace Foundation.