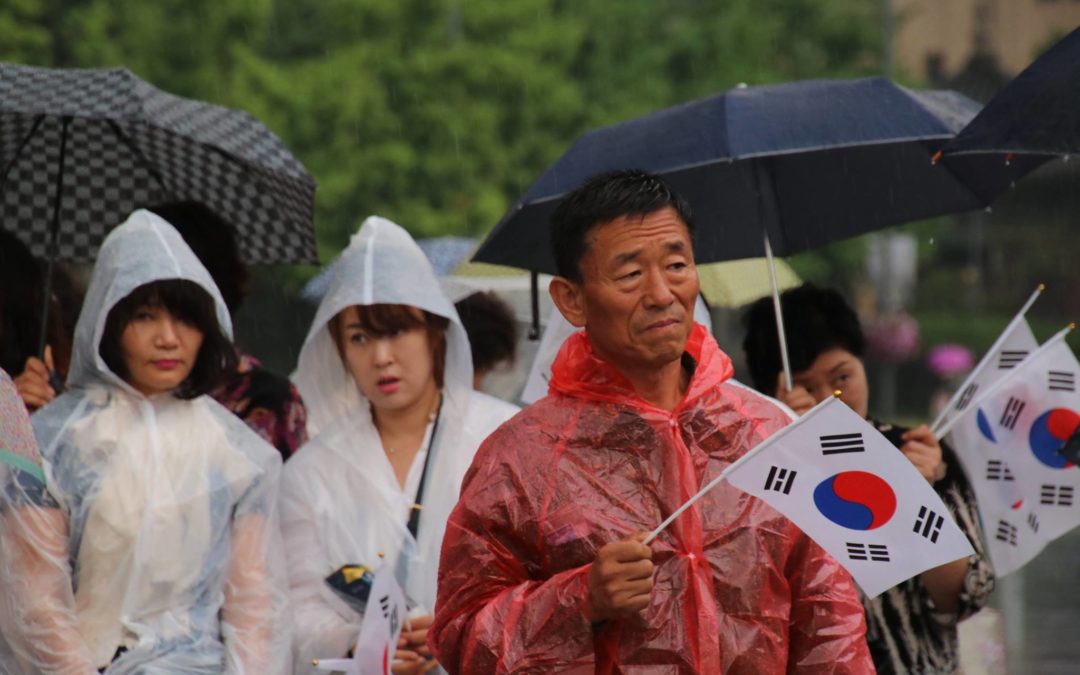 The year 2019 marks the 100th anniversary of Korea’s March 1 Movement of 1919 where millions of Korean citizens came together for a massive peaceful protest against the colonial rule for the dream of a free and independent Korea.

This August, Korean people from both sides of the 38th parallel and around the world will once again celebrate a historic holiday.

In South Korea, the Taegukgi, the national flag, waves high above city buildings and in front of homes as ceremonies and festivities occur across the Korean peninsula and the diaspora on August 15th every year. On that historic day in 1945, allied forces liberated the Korean peninsula from Japanese colonial rule. Known as “the day the light returned” to South Koreans, and “Liberation of the Fatherland Day” to North Koreans, August 15th is the only public holiday that North and South Koreans both celebrate. It is a time when all Koreans celebrate the independence of their homeland and honor those who dedicated their lives to the independence movement.

The March First Movement of 1919 emerged in response to the Japanese annexation of the Korean peninsula in 1910, but the dream for a free, independent, and prosperous nation and the hope for establishing lasting peace has yet to be realized. Unfortunately, the geopolitics of more powerful nations resulted in the continued division of the Korean peninsula then in 1945, leaving the hopes and dreams of the March First Movement unfulfilled.

But the dream lives on today.

One hundred years after the March First Movement, Koreans from the North, South and diaspora, religious and civic leaders, activists, humanitarians, educators and policy experts from around the world gathered in Seoul on March 1st, 2019 to reignite the dream for a unified Korea. The Global Peace Foundation’s Global Peace Convention leading up to the centennial celebration discussed a strategic framework and peaceful path forward to a unified peninsula.

The 100th anniversary of the historic March First Movement was an important reminder to both Koreans and non-Koreans alike of the power of ordinary citizens coming together for a dream. The strength of a nation depends on an active, engaged and responsible citizenry. Civic engagement and empowerment are growing stronger every day through Action for Korea United, a coalition of over 1,000 civic organizations in South Korea working towards the dream of a unified Korea.

Civic and religious leaders, activists, youth leaders, and policy experts will gather again in Seoul this coming August 15th to not only celebrate the historic milestone that day represents, but also to remind the Korean people—as well as the international community—that work still remains until the day the Korean peninsula is reunified and all Koreans can be a part of building freedom, peace, and prosperity again as one people: one Korean family.