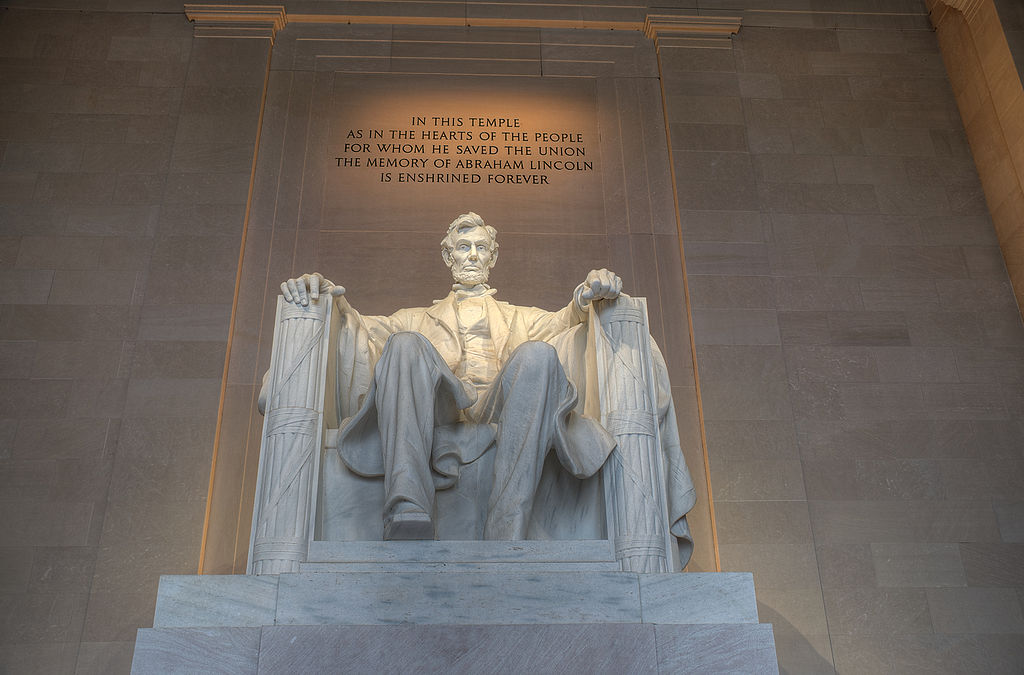 It is said that the battleground was still dark with the blood of the 15,000 – soldiers from both sides – on that crisp autumn day in November 1863, when Lincoln delivered a speech to consecrate the dead.

In his short speech, he emphasized the phrase that changed the world in 1776: “all men are created equal.” To the crowds in Gettysburg, Pennsylvania Lincoln declared:

Four score and seven years ago our fathers brought forth on this continent a new nation, conceived in Liberty, and dedicated to the proposition that all men are created equal.

He was referring to the lines written eighty-seven years prior by the then-33-year-old, red-headed Virginian, Thomas Jefferson. In many ways, Lincoln’s recitation of the phrase would further immortalize the lines written by Jefferson in the America creed:

We hold these truths to be self-evident; that all men are created equal; that they are endowed by their Creator with certain inalienable rights; that among these are life, liberty and the pursuit of happiness.

Jefferson managed to capture in a few lines the sentiment that had been growing out of the political, religious, and economic upheaval that had started in Europe. It was a period of absolute monarchs and a ruthless race between nation-states for wealth. 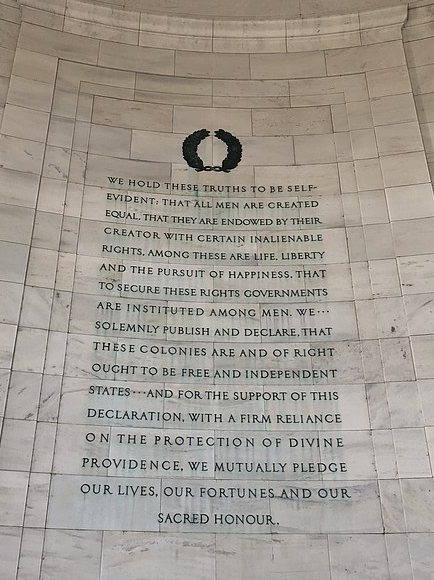 In this landscape, Jefferson expressed a revolutionary sentiment: every person is valuable, and is granted rights by a Creator, and thereby ought to be treated with dignity. He presented a concept of liberty that broke the mold of the day, placing liberty in the hands of the Creator, transcending every man-made institution. It was an argument that all governments are beholden to these principles and allowed to govern only through the “consent of the governed.”

Jefferson and the other 55 signers of the Declaration of Independence were under no illusion that the great experiment they had embarked on would be easy, or even successful. They were keenly aware of the shortcomings of humanity and asserted that it would take an active civil society that engaged the people in constant moral and educational improvement that would sustain the new nation and enable it to grow into a nation that could bring these principles to life.

Lincoln understood this too. He would bring liberty one step further to reach “all men” during his presidency, in a difficult step that was hard-won and required the sacrifice of many. Lincoln honored these sacrifices, declaring:

We here highly resolve that these dead shall not have died in vain—that this nation, under God, shall have a new birth of freedom—and that government of the people, by the people, for the people, shall not perish from the earth.

Today, we must remember this history and strive to make it our own. The American ideals and values of a society that guarantees the human rights and freedoms endowed to all of us by the Creator must be studied, discussed, and shared to continue on into the next generation.

Let us be part of this great tradition by remembering and teaching about the words, sacrifices, and examples of those who came before us.