A Century-Old Dream for Korea 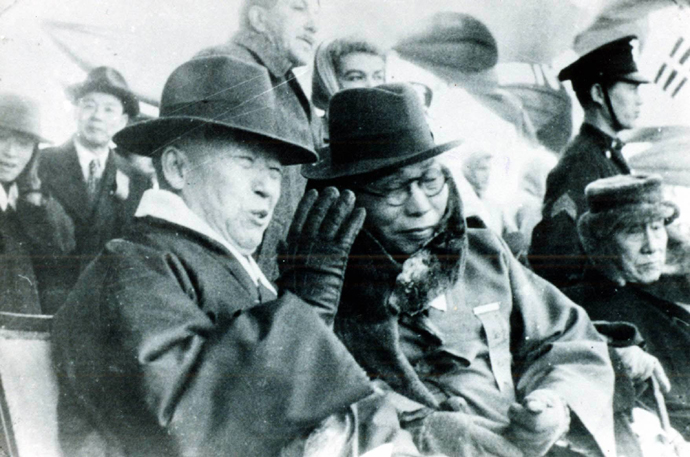 “I hope that world peace could be established from and through our nation. I believe that Hongik Ingan, our founding principle envisioned by our founding father Dangun, is such a culture.” 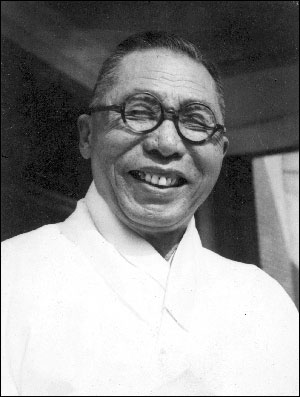 Kim Gu (1876-1949) was one of the most significant activists in the movement for Korean independence in the contentious period that was the early 20th century. After Korea fell under Japanese colonial rule in 1910, Kim Gu was among a number of Korean leaders that secretly established a provisional government to fight for the independence of the Korean people. Kim served multiple terms as president and vice president of the government and is still remembered and cherished by many Koreans to this day for his leadership and sacrifice for Korea. His story remains just as relevant a century later as Korea continues to endure the tragic division on the peninsula.

Korea as a Model of Peace to the World

“If God asks me ‘what is your wish?’ I would answer without hesitation that it is ‘the liberation of Korea.’

If God asks ‘what is then your next wish?’, I will once again answer that ‘it is the liberation of my country.’

When God asks for the third time ‘what is your next wish?’, I would again, this time with a louder voice, answer that ‘my wish is the complete independence and liberation of our country Korea.’”

The anguish of the Korean people under colonial rule ignited Kim Gu’s dedication to liberate Korea. However, his vision was not to re-establish the old Joseon dynasty (1392-1897) or to bring back the collapsed Korean Empire. Instead, he saw that higher principles and values were necessary for new and independent Korea.

“The reason for unhappiness and misfortunes of today is due to a lack of benevolence, righteousness, and love. If we develop these aspects within ourselves, all two billion people in the world could live in comfort. The only thing that can cultivate such a spirit comes from one’s culture…

I’m only encouraging in creating a culture of love and peace, so our people and all humanity can prosper and live with joy as neighbors… When we realize that this work is left for us by heaven, we finally have found and recognized the proper direction for our future…

I do not want our country to be followers of others, but to become a source and an example model for this noble culture that I aforementioned. I hope that world peace could be established from and through our nation. I believe that Hongik Ingan, our founding principle visioned by our founding father Dangun, is such a culture.”

Hongik Ingan, the founding principle of ancient Korea, Gojoseon (Unknown ~ 108BC), implores the Korean people “to live and work for the benefit of all mankind.” Kim Gu, living in a period where Koreans were, within, engulfed by the anguish of Japan’s colonization and, without, surrounded by the tragedies of World Wars, desired a new Korea to bring positive transformation to the world.

On August 15, 1945, after the detonation of two atomic bombs at Hiroshima and Nagasaki, Japan announced unconditional surrender to the Allies, bringing Koreans their long-sought independence. However, the joy of Koreans was only short-lived as the tension of the Cold War led Korea to its division, where the United States occupied the South and the Soviet Union the North.

Kim Gu, not wanting Korea to fall victim to the effects of the Cold War, protested against a trusteeship of the United States and the Soviet Union and argued for the autonomy of Korean people. However, with Kim Gu’s assassination on June 26, 1949, his dream for Korea faded into history.

And the year after, in June of 1950, North Korea initiated an all-out war against the South with support of the Soviet Union and China, leading Korea into the division that still lasts today. 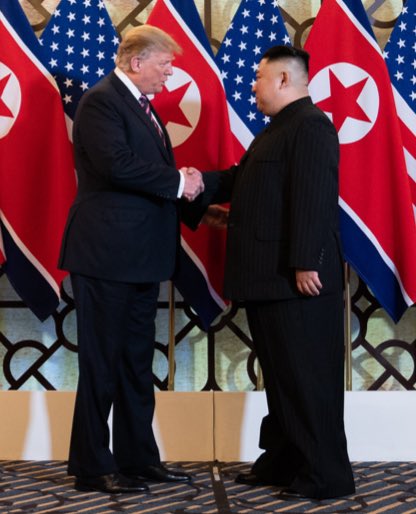 With more than six decades of division and socio-economic seclusion of North Korea, people grew to accept a divided Korea as the new norm and the issue of Korean unification became distant from international concern. Even Koreans themselves, especially the younger generations, showed indifference to the issue. However, North Korea’s growing nuclear power and its instability in recent years has started to call for attention that is long overdue. This state of affairs is portrayed well by the recent North Korea-United States Singapore and Hanoi Summits of 2018 between President Trump and Kim Jong-un, which received a global spotlight.

These changes provide a new window of opportunity for Korea. The issue now lies in figuring out what scenario would most benefit Korea and a global community. Will there be an all-out nuclear war? Or do we want peaceful unification? The answer is clear. It is undisputed that peaceful unification is the way to go, where the safety and well-being of both Koreans and the international community can be secured.

To achieve this goal, it is urgent that the Korean people come up with a coherent and unified plan toward unification. The tragic circumstances of the 20th century divided Koreans into two different ideologies and two different nations. However, the situation of our time is now calling for Koreans to reunite. Hongik Ingan can be a common vision for North and South Koreans to move toward a purpose beyond themselves to “live for the benefit of all mankind” and become a nation that is a model of peace for the world.