A Basis and Vision for Peace in Our Divided World 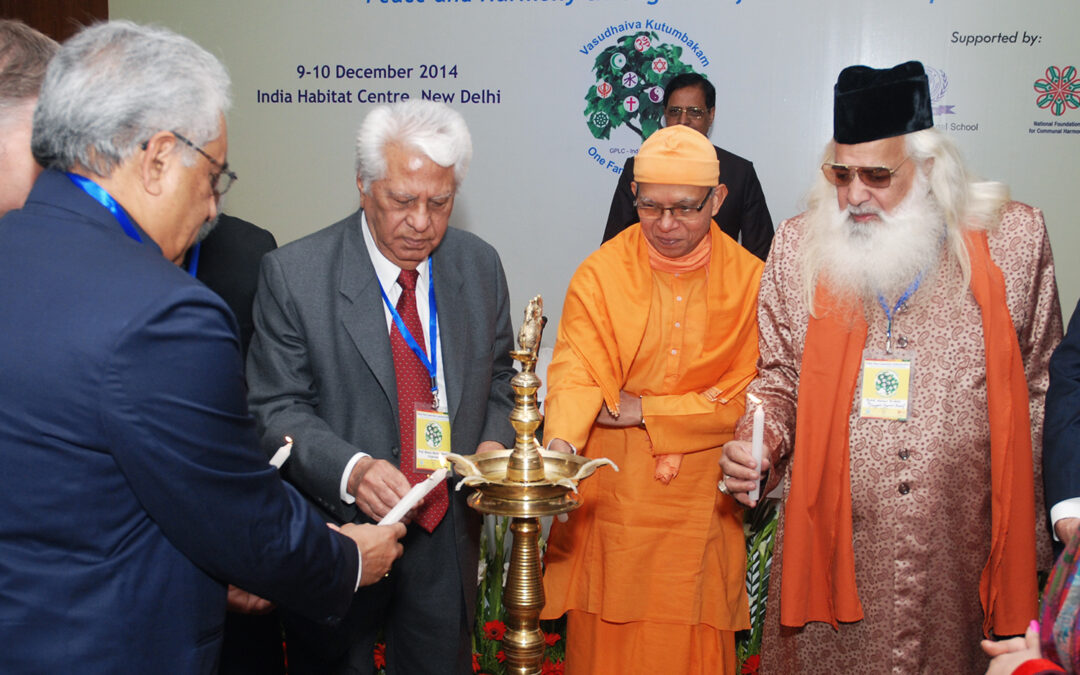 [The] vision that can guide humanity to world peace is none other than One Family under God. It builds off the idea of God’s sovereignty as the source of all human rights and freedoms, as well as expanding those ideas to the level of the family. It recognizes the relational nature of our human existence and how family shapes and forms our worldview. It acknowledges the value of diversity and recognizes the Creator as the common thread that holds all humanity together; just as good parents are the glue that keeps their often contentious and competitive children united in love within the ideal of family.

Most importantly, it raises humanity’s spiritual consciousness of the moral laws that should govern a truthful, righteous, and good life beyond the barriers of ideology, religion, ethnicity, race, or even nationality. It challenges us to rethink our paradigms and look beyond the failures of the past to what could be possible in the future if we only dare to dream big.

The director of the movie, The Ten Commandments, Cecil B. DeMille said regarding the idea of universal principles, “It is impossible for us to break the law. We can only break ourselves against the law.” Just as understanding gravity and the laws of physics allow us to live in harmony rather than at odds with the created universe, we might say that our alignment with and understanding of God’s principles should be of utmost concern for all of us.

For instance, when we look at the civil rights movement in the U.S., laws were challenged to align more closely with moral law and universal principles. In his “Letter from Birmingham Jail,” Dr. Martin Luther King Jr. clearly distinguished between unjust laws made by man and those that followed what he called moral law. In the letter, he declared, “One has not only a legal, but a moral responsibility to obey just laws. Conversely, one has a moral responsibility to disobey unjust laws.”

This points to a higher, transcendent law that should supersede the codes man creates. In fact, we should work to correct human laws where they are morally misaligned. To do otherwise force society to a place where “we can only break ourselves against the law.”

The spiritual traditions have long pointed to the issues of “ultimate concern” that set out the course by which people could live ethically here on earth. And so, the spiritual and wisdom traditions and their leaders have the duty to open the path forward. The idea of what is morally right and good need not be relegated to the realm of one religion or the other or only in the realm of the religions themselves. In discussion and dialogue of what is good, righteous, and true, the religions can establish the common ground to build broader social engagement and influence wider culture towards a greater end.

Perhaps because we live in this deeply divided time, we can see more clearly the need for this kind of moral leadership. Today, we need leaders that can reach across lines and barriers to imagine and work towards a better future for all humanity.