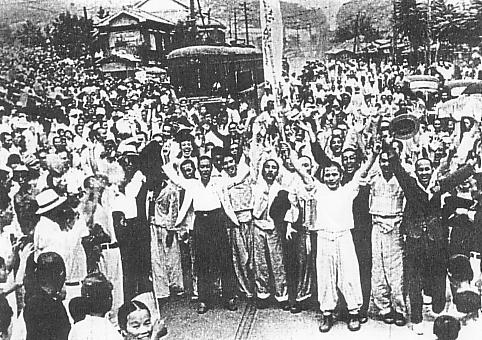 For those familiar with modern Korean history there are clear tensions in celebrating 70 years of Korean independence from Japanese colonial rule. The most uncomfortable fact is that while Korea is free of foreign rule, it remains divided, and Koreans in the North live in brutal conditions as evidenced by the report by the Commission on the Inquiry of Human Rights in the Democratic People’s Republic of Korea.

While Korean communities that are “free” celebrate their independence, can they be truly free when their fellow countrymen are not free?

It is easier to let national borders determine the rights of the people living within those nation-states. Yet the  migration of 59.5 million refugees last year –which is the highest ever recorded – in large part from the violence and terror of the Middle East, raises difficult questions about nationality, citizenship and identity. 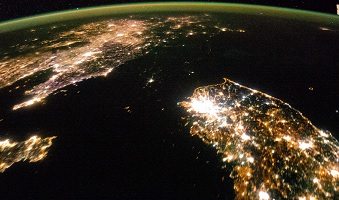 A NASA image of the Korean peninsula at night. The North is literally engulfed in darkness sandwiched between the night lights of China and the South.

The reality is that national borders are man-made constructs and, in fact, completely arbitrary. We must remove these lines and examine the true meaning of our humanity and the right to freedom.

The division of Korea into the North and South is also an artificial construct that makes us forget that we are One Korea. In the words of the Permanent Representative of Korea to the United Nations, Ambassador Oh Joon, in 2014:

For South Koreans, people in North Korea are not just anybod[ies].

Millions of South Koreans still have our family members and relatives living in the North. Even though we never hear from them, even though by now the pain of separation has become the cold fact of life – just a few hundreds of kilometers away from where we live.

We only hope that one day in the future, when we look back [at] what we did today, we will be able to say that we did the right thing for the people of North Korea. For the lives of every man and woman and boy and girl who has the same human rights as the rest of us.